PM Prayut: Government has no problem with holding constitutional referendum 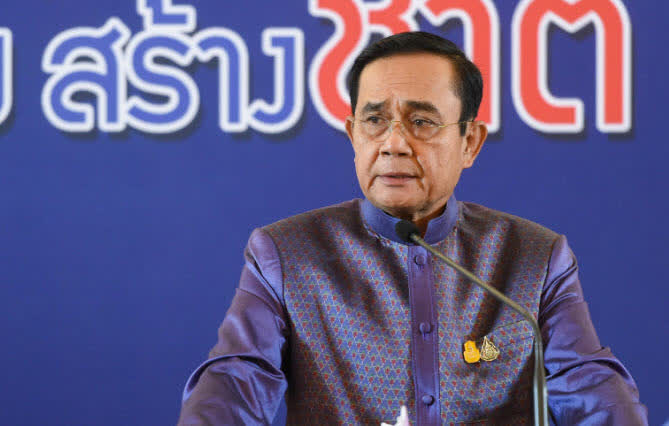 BANGKOK(NNT) - Prime Minister and Defense Minister, Gen. Prayut Chan-o-cha, says the government doesn’t mind if it has to hold a constitutional referendum, while urging all sides to ensure the safety of people taking part in anti-government rallies.

Speaking of proposals to amend some sections of the charter relating to the Senate’s power in voting for a prime minister and orders issued by the National Council for Peace and Order (NCPO), Gen. Prayut said the parliament is overseeing these matters, and he has no objection to them. A committee, comprising members of the government as well as the opposition, has been set up to study the details. The government has been closely following these issues, in the hope that it will proceed smoothly.

Concerning some senators who oppose the idea of amending Section 256, paving the way for the establishment of a constitution drafting assembly, because holding a constitutional referendum would require up to 15 billion baht, the Prime Minister remarked that the government will organize the referendum if it is necessary. At present, everyone understands that there might be some budget issues, but the government is not against the idea.

The Prime Minister added that the government together with the security sector will try to avoid confrontations during anti-government rallies, scheduled for September 19 and 20 this year, while preventing third and fourth parties from creating a situation. The government will focus on the people’s safety and will try to run the country well, as the nation has to deal with several crises at this time. He urged protest leaders and officials from all sides to ensure the safety of their children and grandchildren, preventing them from being the tools of others. If the rallies are sincere, he has no problem with anyone attending. The government places importance on their safety by checking for weapons and implementing measures against COVID-19.