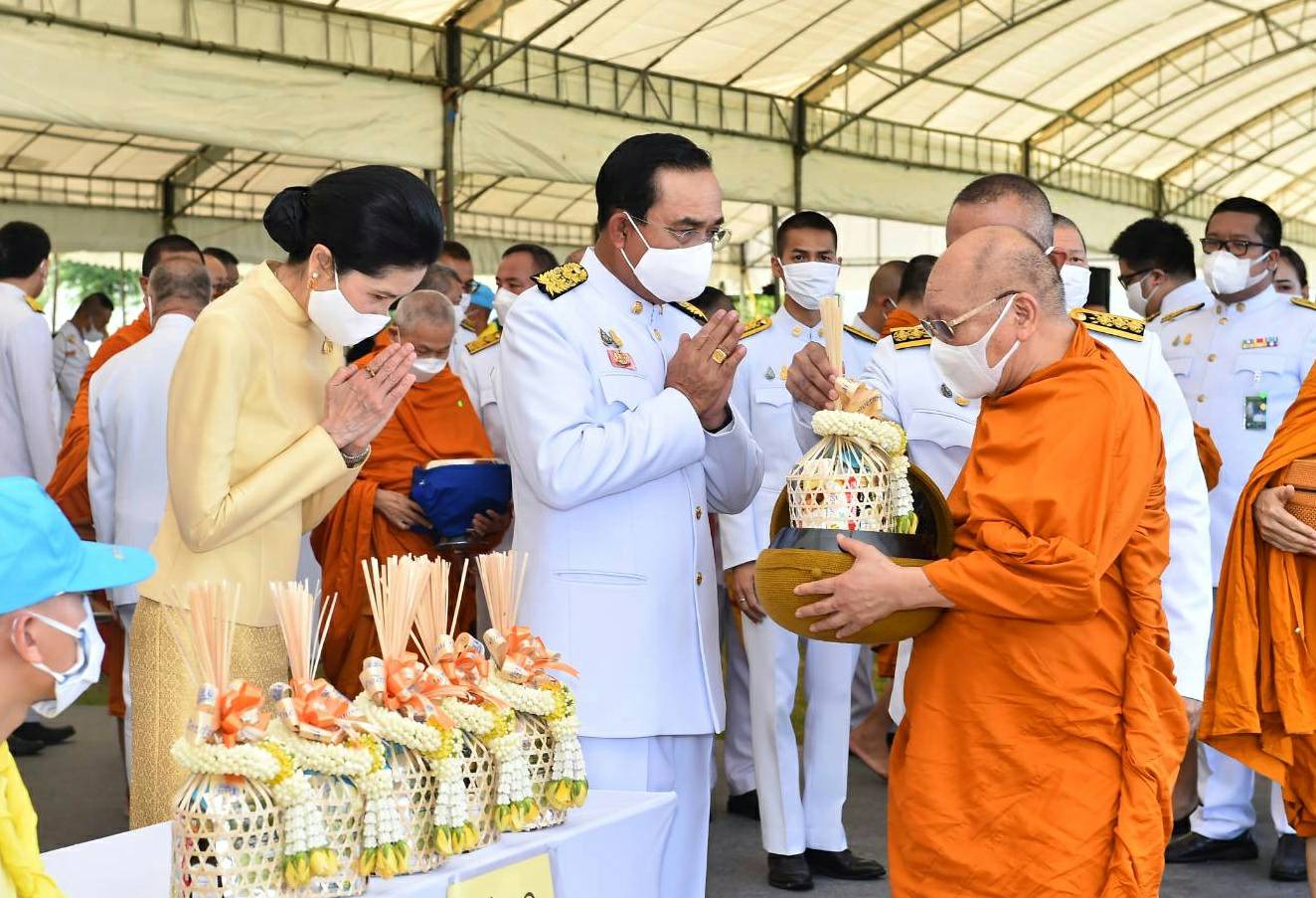 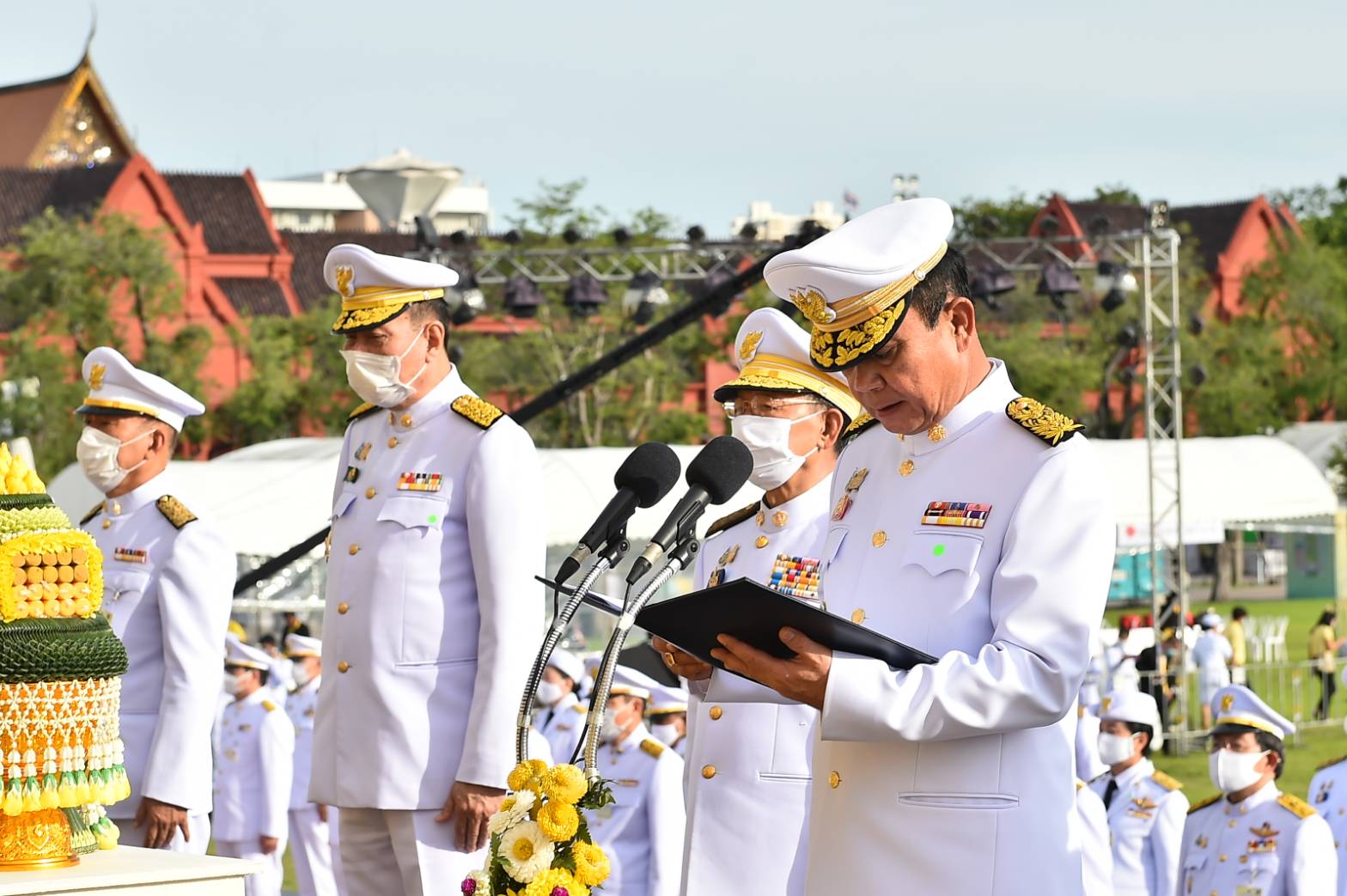 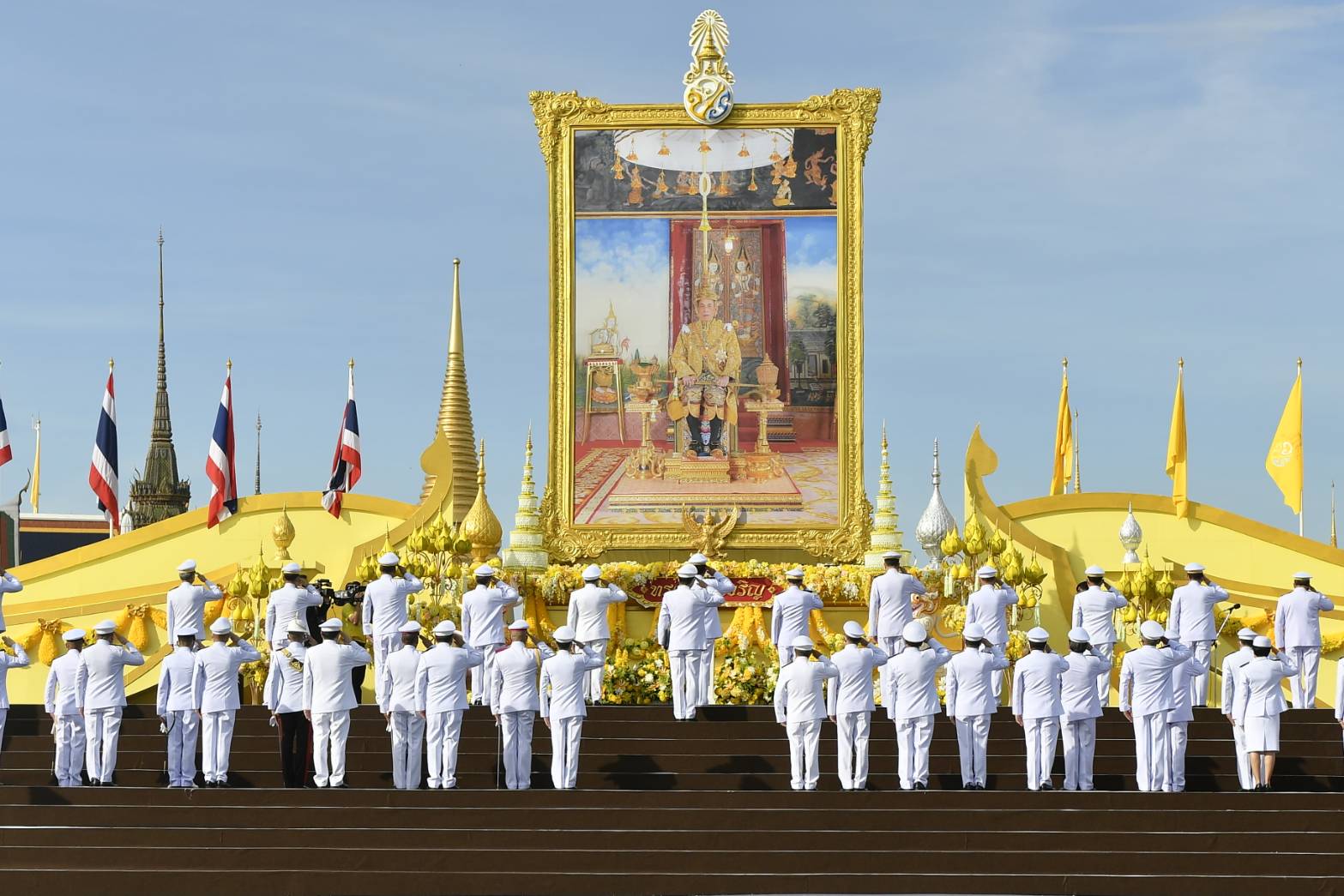 BANGKOK (NNT) - Celebrations and events are being held throughout today to celebrate the auspicious occasion of His Majesty the King’s birthday. The government has held some central events in Bangkok led by the Prime Minister, since this morning.

The Prime Minister Gen Prayut Chan-o-cha, accompanied by his wife Naraporn Chan-o-cha, presided over the alms giving ceremony celebrating the auspicious occasion of His Majesty the King’s birthday, at Sanam Luang in Bangkok this morning.

The alms giving ceremony was held simultaneously with similar events at temples across the country. The central event at Sanam Luang was participated in by high-ranking officials such as the Privy Councillors, head of independent constitutional organizations, the Royal Office, House Speaker, members of the Cabinet, members of the House of Representatives, members of the Senate, judges, the Governor of Bangkok, military and police commanders, ministerial permanent secretaries, head of government offices, representatives of private companies, and the general public.

The Prime Minister then presided over the oath giving ceremony for government officials to pledge themselves as good civil servants and the power of the land, which was also held at Sanam Luang. Part of the oath made by these officials says they will behave as good civil servants, become the power of the land, be honest and transparent, and follow in His Majesty’s footsteps by devoting themselves to solving problems faced by the people and the country, making good to the land, and living their lives according to Buddhist teachings.