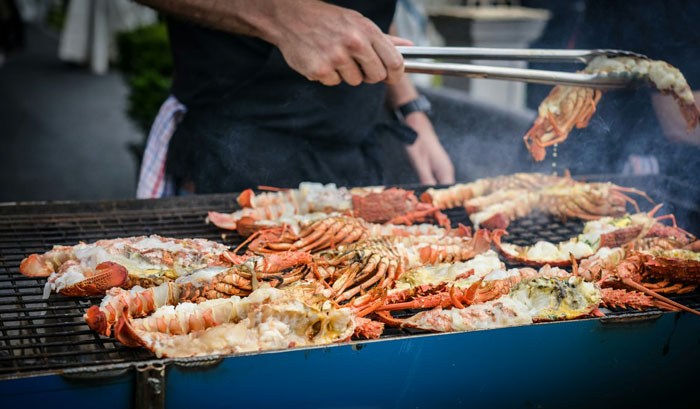 PHUKET (NNT) - Phuket province is preparing three major tourism events to promote the province’s tourism industry and economies. The events are being planned by the government and local businesses, with the Minister of Commerce overseeing the campaign.

Deputy Prime Minister and Minister of Commerce, Jurin Laksanawisit has visited Phuket province to oversee the planning of the events organized by government agencies and the private sector, to promote local tourism activities.

The three events will start with the 5-week Phuket Seafood & Gastronomy Festival in August and September, followed by a surf competition in September, and concluding with the traditional Vegetarian Festival in October. These events are expected to help persuade tourists to return, and promote a lively tourism scene in the Andaman Sea island province.

The Minister of Commerce mentioned in regard to requests made by businesses affected by the COVID-19 crisis, that the government is already offering financial aid to affected businesses, such as the Soft Loan offers by the Ministry of Finance and the Bank of Thailand, which cover SMEs in the manufacturing sector, services, as well as tourism-related businesses.

He said however input from the private sector will be collated and discussed at both the Center for COVID-19 Situation Administration’s (CCSA) meeting, and an upcoming Cabinet meeting, in order to provide additional help.