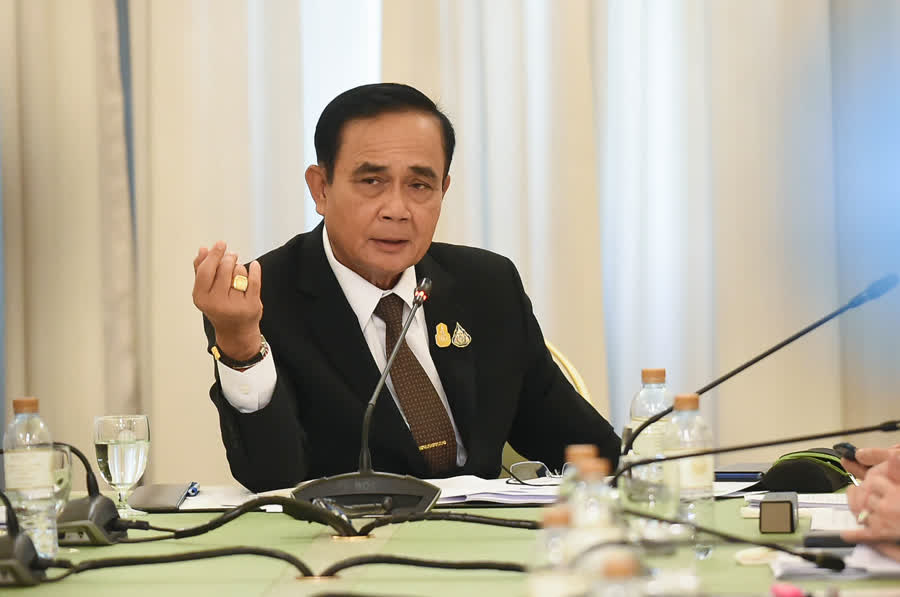 BANGKOK(NNT) - The government has set up yet another center related to COVID-19, this time the COVID-19 epidemic management center chaired by the Prime Minister.

The government has asserted this new center is on stand-by for an escalation of the epidemic, and will not operate in redundancy with the existing two centers.

Deputy Prime Minister Wissanu Krea-ngam, elaborated on the roles and functions of the new COVID-19 epidemic management center chaired by the Prime Minister, saying that the center is set up to ensure integrated and unified command.

He said actions by officials, such as quarantine orders, involve functions under multiple laws, namely the Communicable Diseases Act, the State Administration Act, and the Disaster Prevention and Mitigation Act, while the evolving situation requires fast and prompt responses.

The existing centers, which are the Public Health Emergency Operations Centre at the Ministry of Public Health, and the COVID-19 Information Center at Government House, are not authorized to make cross-agency commands.

DPM Wissanu explained the new center was set up after the issue of returning overseas workers from South Korea, where some of the commands to arrange their arrival and quarantine, fell beyond the authorization of the two centers.

He said the new center commanded by the PM is for the time being set up to prepare for an escalation of the epidemic, while the new center does not require any additional budget to run.

On concerns whether Thailand will start to see a rapid increase in new cases as in other countries, DPM Wissanu said that the situation is likely, as Thailand has recently welcomed many international visitors, however the health authorities are still doing an excellent job on disease control, meaning Thailand the country that once had the second highest number of cases in the world, is now exceeded by other countries, and is currently listed 32nd.

He added that health officials’ high standards had kept the number of cases low, with all cases transparently reported.