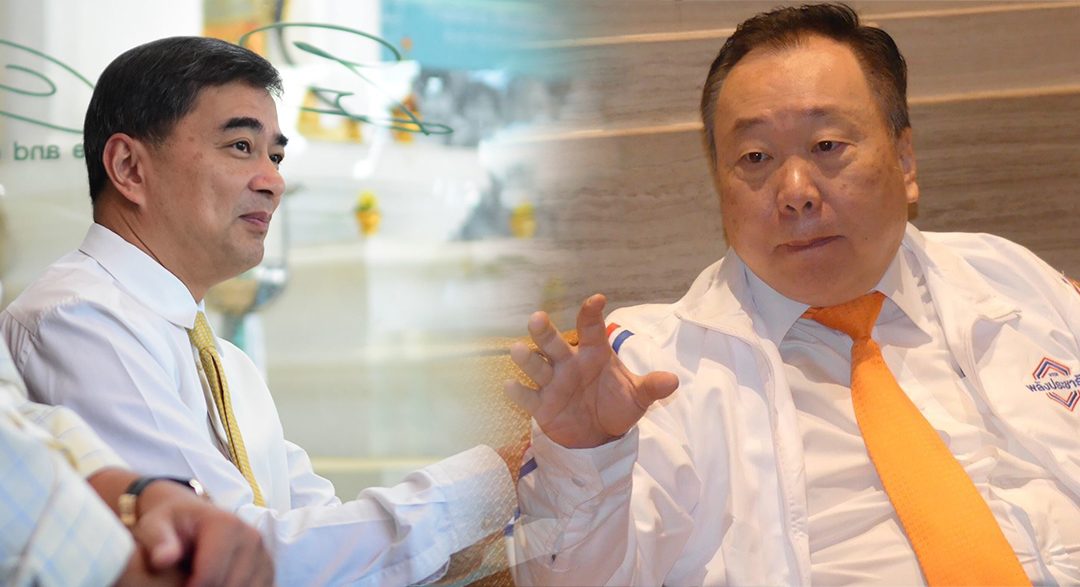 BANGKOK (NNT) - Palang Pracharath and Democrat parties have confirmed that they will nominate their own members for the chairmanship of the ad-hoc committee on constitution amendment. The Democrat Party Leader passed the matter to the coalition whip to find a mutually agreeable conclusion. The two big parties have been lobbying other coalition parties to vote for their nominees.

The Deputy Prime Minister and the Minister of Commerce Jurin Laksanawisit, who is the leader of the Democrat Party, confirmed that the party will nominate former Prime Minister Abhisit Vejjajiva as chairman of the ad-hoc committee being set up to review criteria, regulations and guidelines for constitution amendment, with the Democrat Party chief whip, Chinnaworn Boonyakiat, to seek the support of other government coalition parties.

Meanwhile, the Palang Pracharath Party will be nominating the Deputy House Speaker Suchart Toncharoen, and another person with the initial ’S’, for the same position. This has caused an issue which must be resolved through discussion. The party stressed the establishment of this committee is not to delay constitution amendments, but to comply with a requirement in the current constitution that any amendment must be approved by a majority vote in parliament, which must include no less than 20 percent of votes from the opposition, and one third of the Senate.

Palang Pracharath Party has confirmed that it will nominate Deputy House Speaker Suchart Toncharoen for chairman, and will nominate Surasit Nitiwutthiworalak, Wichian Chawalid, Paiboon Nititawan and Sira Jenjaka as committee members. The party has also been reported to have contacted non-MPs, including academics, independent organizations and members of the Senate, as possible nominees.

Deputy Prime Minister Gen Prawit Wongsuwan declined to comment on the party’s chairman nomination, saying that this is a matter for MPs to discuss and to select a suitable person. It is not a requirement that the chairman of this committee is a serving MP, the decision is made based on based ability.