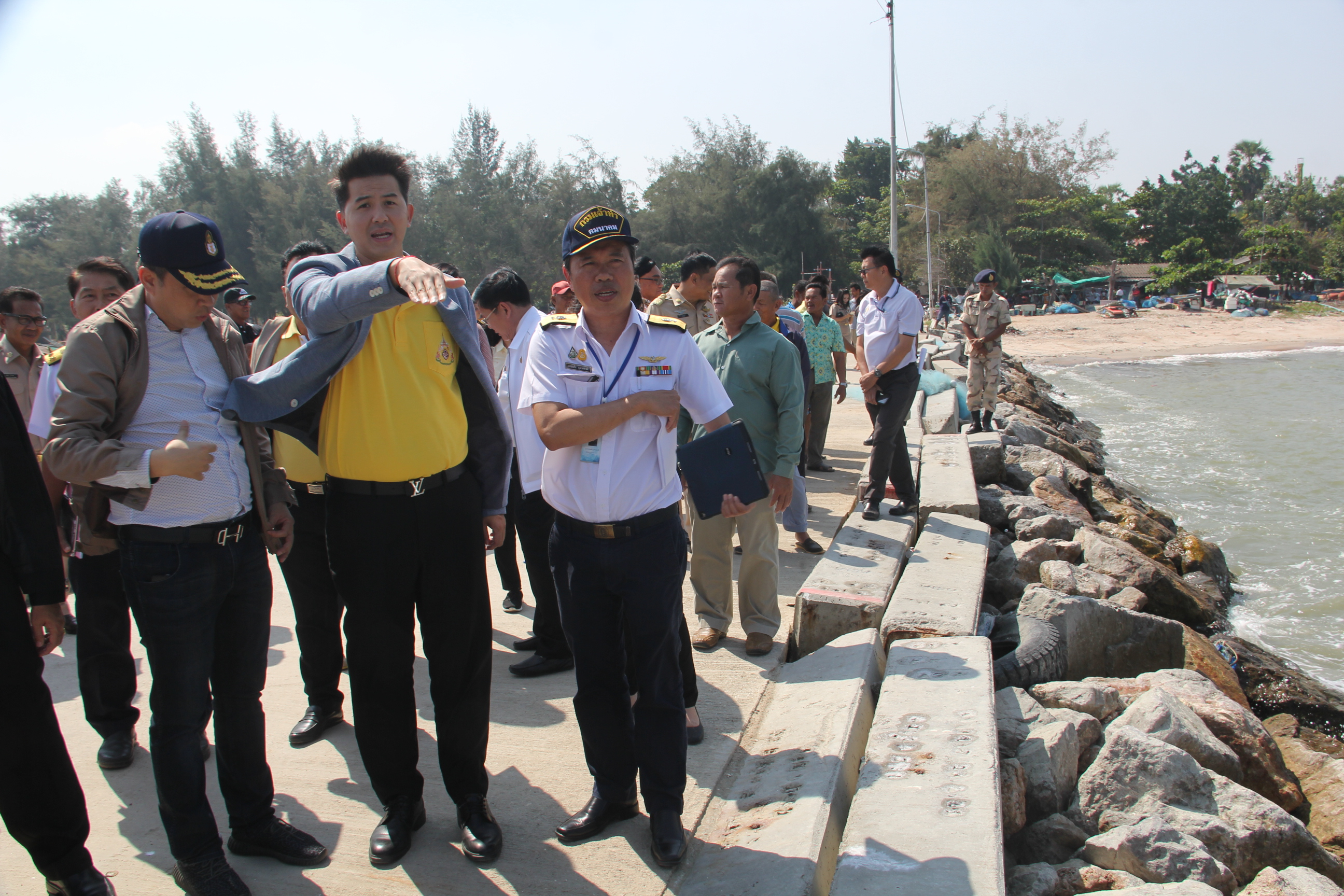 PHETCHABURI (NNT) - The Deputy Minister of Transport has visited Phetchaburi to listen to problems reported by villagers, such as road safety, and obstacles faced by fishermen because of a lack of piers, and erosion.

The Deputy Minister of Transport Atirat Ratanasate, was accompanied by the Governor of Phetchaburi, Kobchai Boonyaorana and government officials on the visit to meet villagers in Tha Yang, Cha Am, Khao Yao districts of Phetchaburi.

The Deputy Minister of Transport said that his visit to Phetchaburi was to look into issues faced by the general public, including road safety concerns as villagers complain of frequent accidents and flooding which cuts roadways and affects traffic; they also asked for the construction of an overpass and u-turn bridge to improve the connection between local communities and the local wholesale farm market. Traffic agencies have now been instructed to conduct public consultations regarding such constructions, while taking into consideration appropriate height of the proposed elevated roadways, and establishing guidelines on tunnel and underpasses construction. It was established that an overpass would play a key role in alleviating traffic congestion and providing convenient access for road users.

In addition, the Deputy Minister of Transport met with the fishermen’s community at Mu Ban Bang Sai Yoi village, who have faced difficulties from a lack of piers and shoreline erosion, preventing fishing boats from docking. Fishing boats used to be docked along Khlong N Had canal, however they have been affected by the sale of land and fortification of the canal walls at three locations, which has obstructed the docking of boats. Related agencies are now to study the situation and find a way to minimize the effects faced by all interests, ensuring all sectors will benefit from such projects, and allowing villagers to request their local budget instantly in 2021. He also gave his moral support to affected villagers, reassuring them that the government is making progress in solving these troubling issues by putting the people at the center of proposals, and immediately performing beneficial tasks.