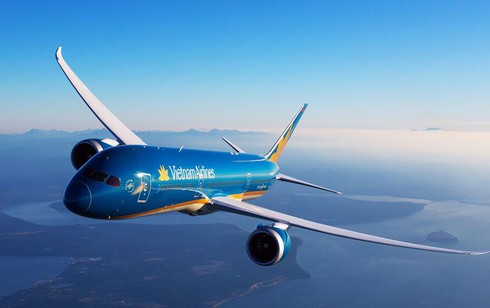 VIETNAM(VOV) - The national flag carrier Vietnam Airlines announced on October 21 that as of November 1, 2019, the airline will open a new air route connecting Da Nang to Van Don in the northern province of Quang Ninh with three flights per week.

Flights are scheduled to depart from Da Nang at 14:35 and from Van Don at 16:35 every Wednesday, Friday, and Sunday.The opening of the new route will mark the second flight to Van Don put on by Vietnam Airlines, following the Ho Chi Minh City - Van Don route. It is hoped that the additional flights will contribute to boosting trade and tourism activities of Quang Ninh province, in addition to increasing the network of Vietnam Airlines.

With the first flight due to depart on November 1, Vietnam Airlines will be the first airline that connects Da Nang with Van Don. This marked the opening of a new and attractive option for passengers that connects the two most famous coastal cities in the Centre and North of the country.

All flights will be undertaken by an Airbus A321 aircraft which has obtained a four-star international service standard.

To mark the launch of the new route, Vietnam Airlines has launched a promotion with a one-way ticket excluding taxes and fees priced at VND 199,000.

This promotion is available to passengers who buy tickets from October 25 to November 10 and is applicable to flights that depart between November 1 and December 31.

This deal will be applicable to tickets that are issued and depart between now and December 31.

Tickets can be purchased by visiting website www.vietnamairlines.com, or through mobile apps, ticket offices, and official agents of Vietnam Airlines.