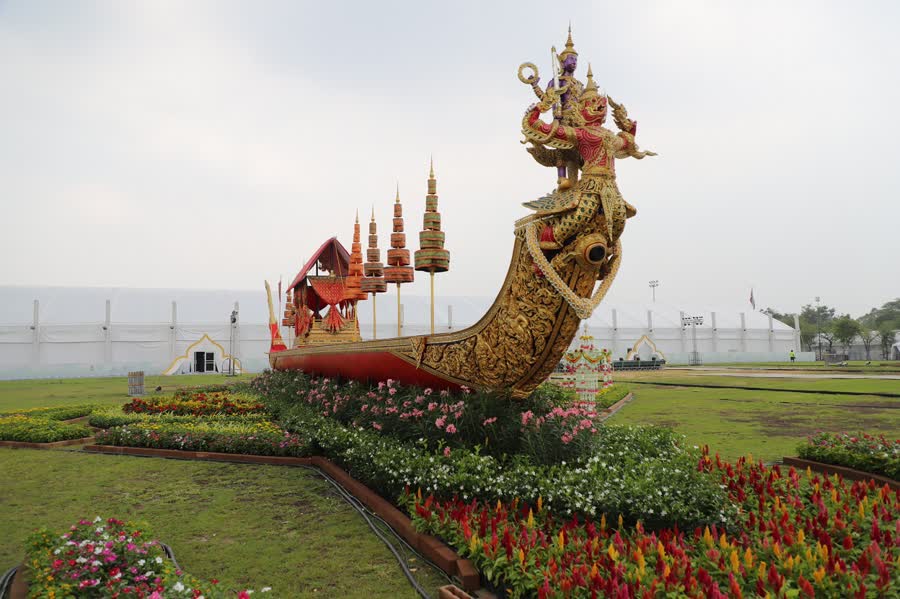 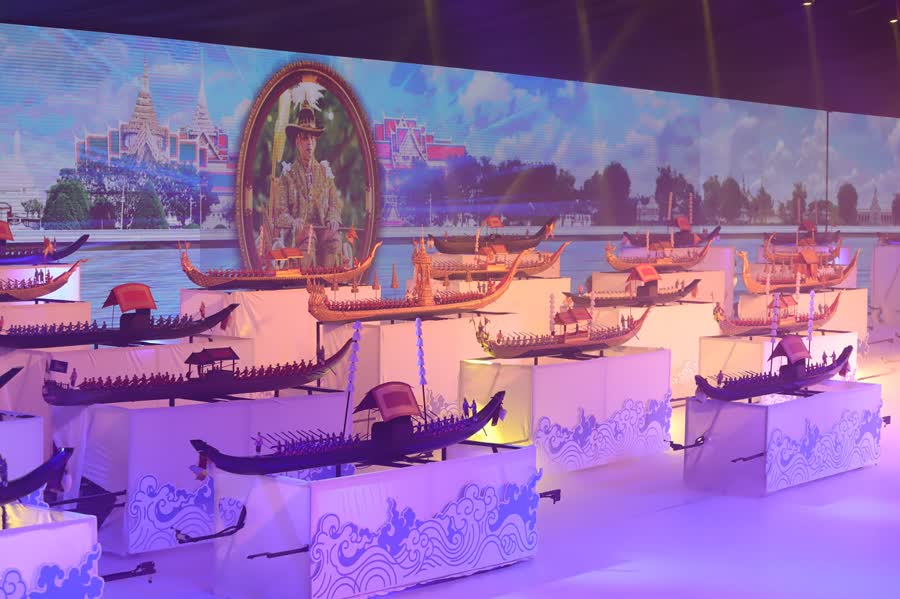 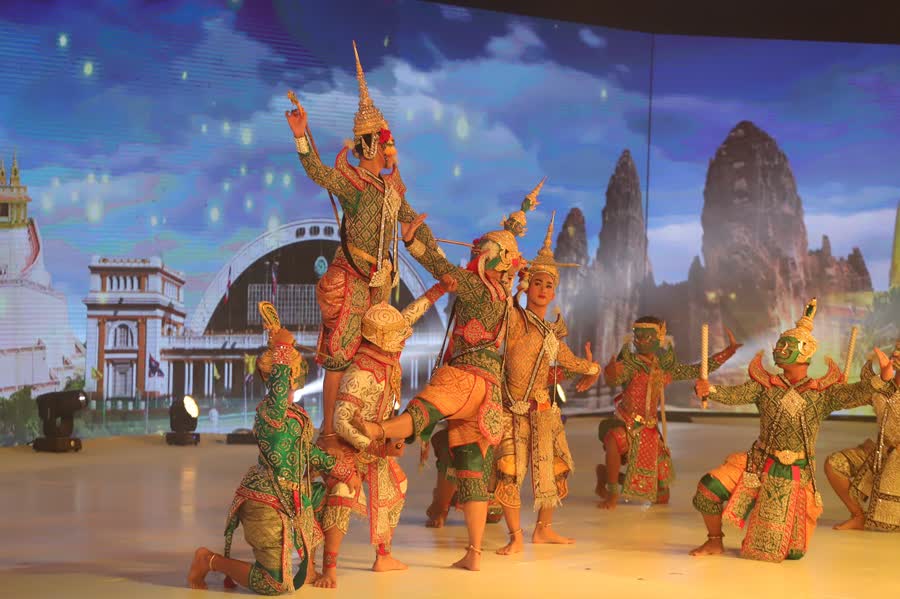 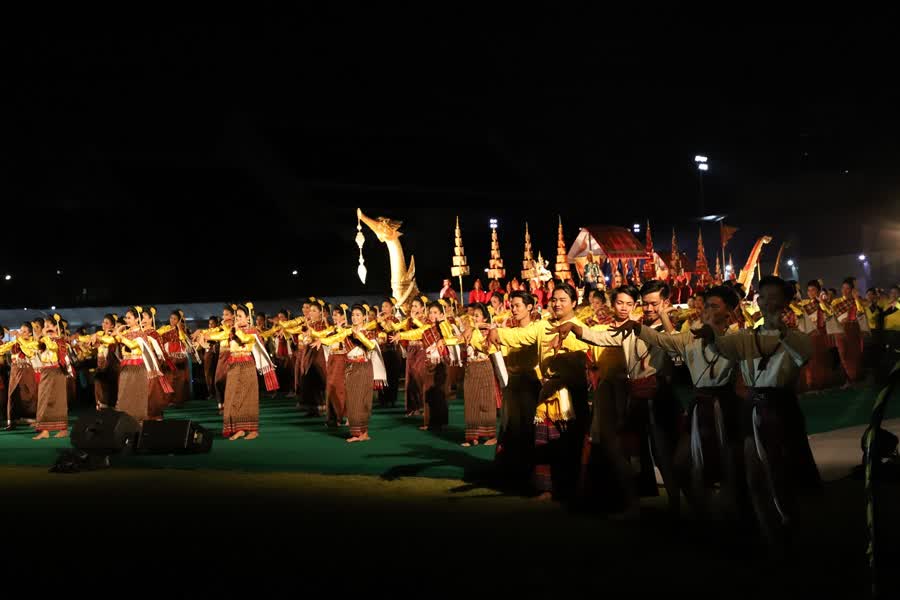 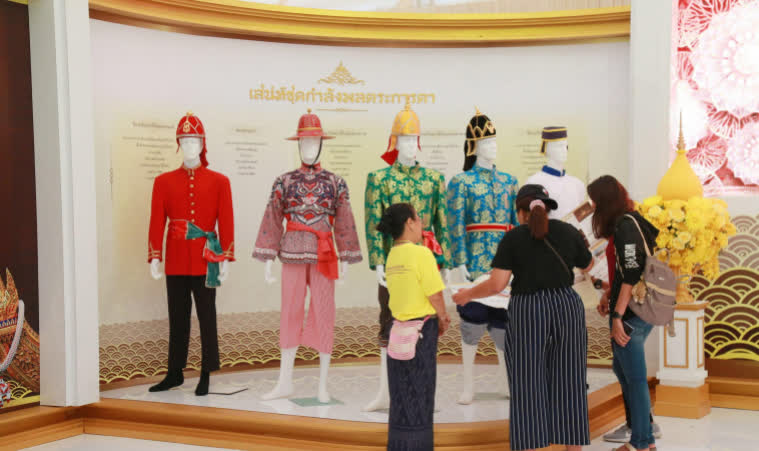 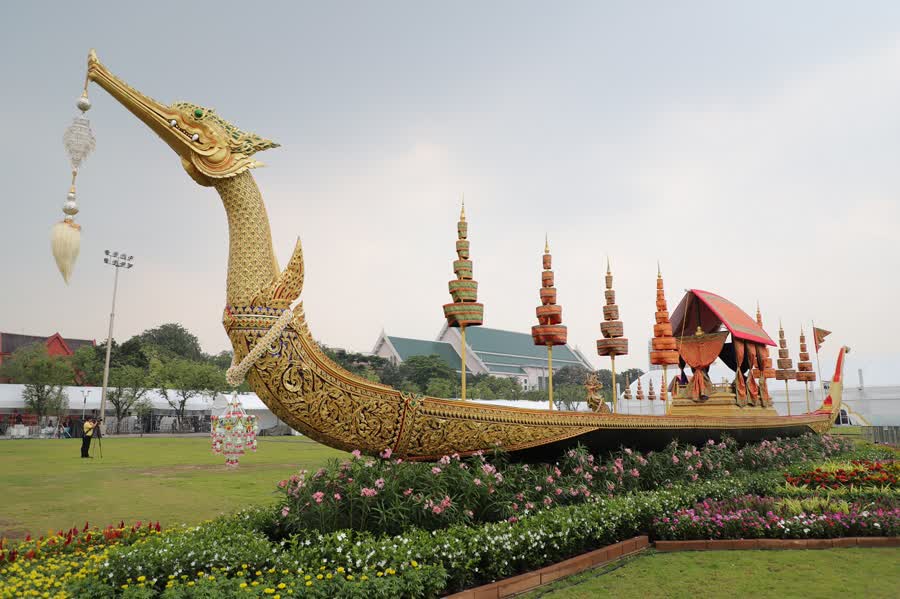 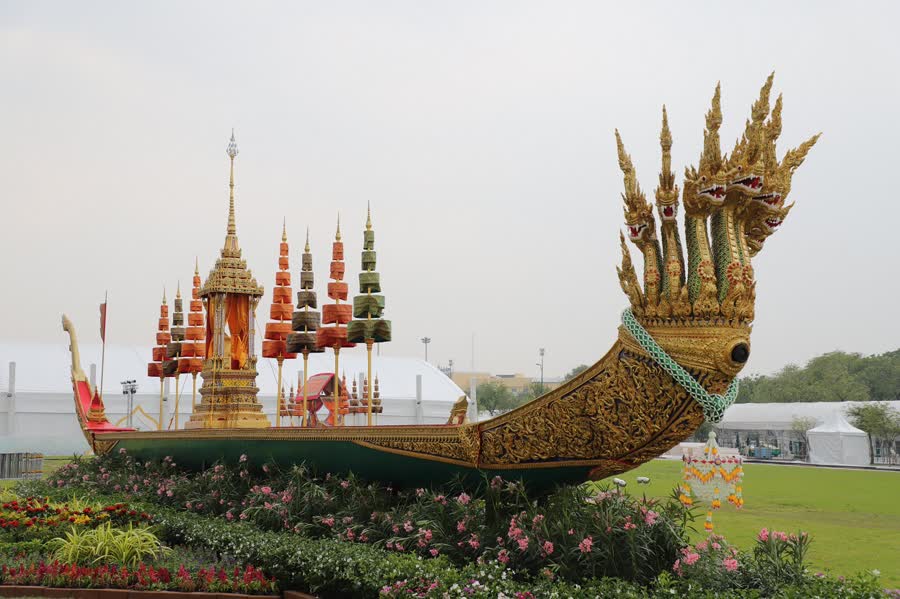 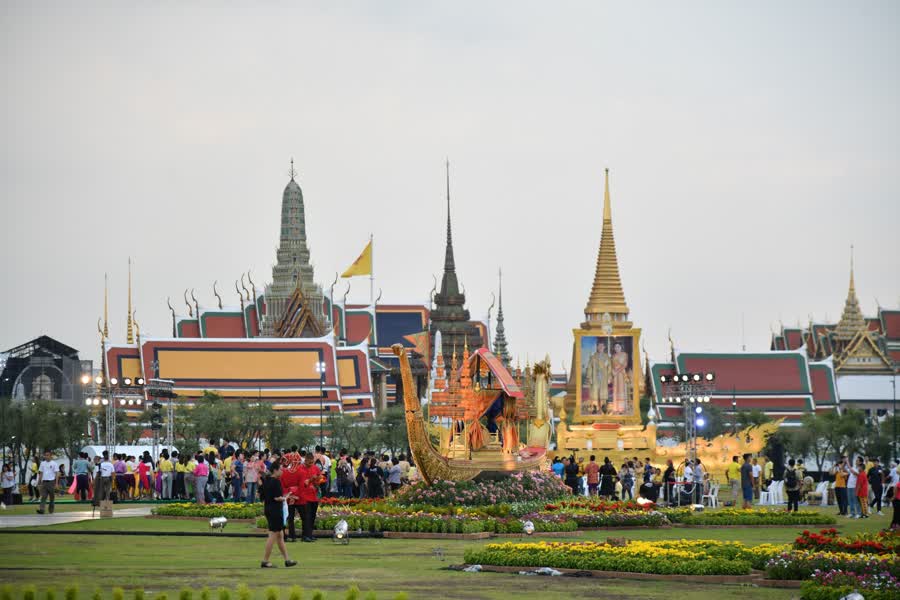 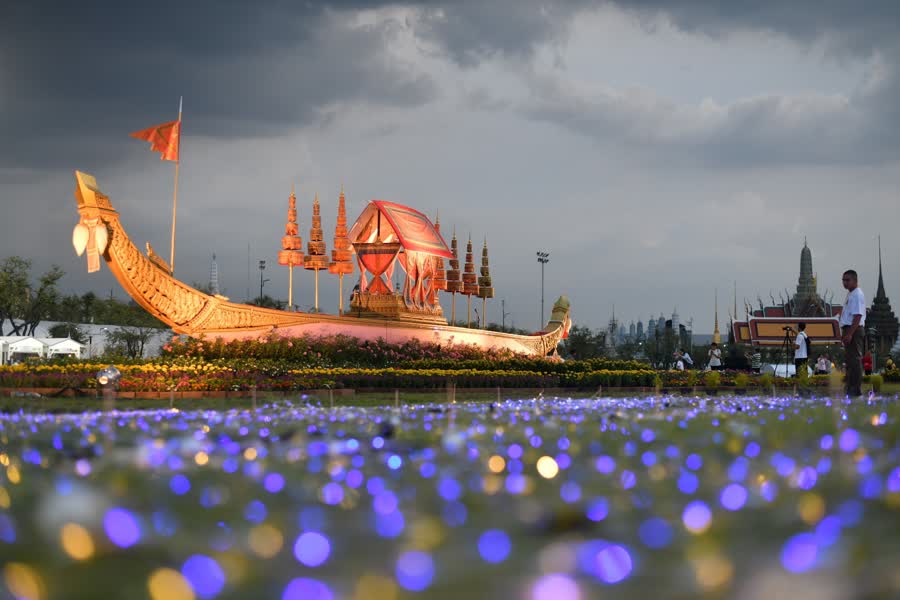 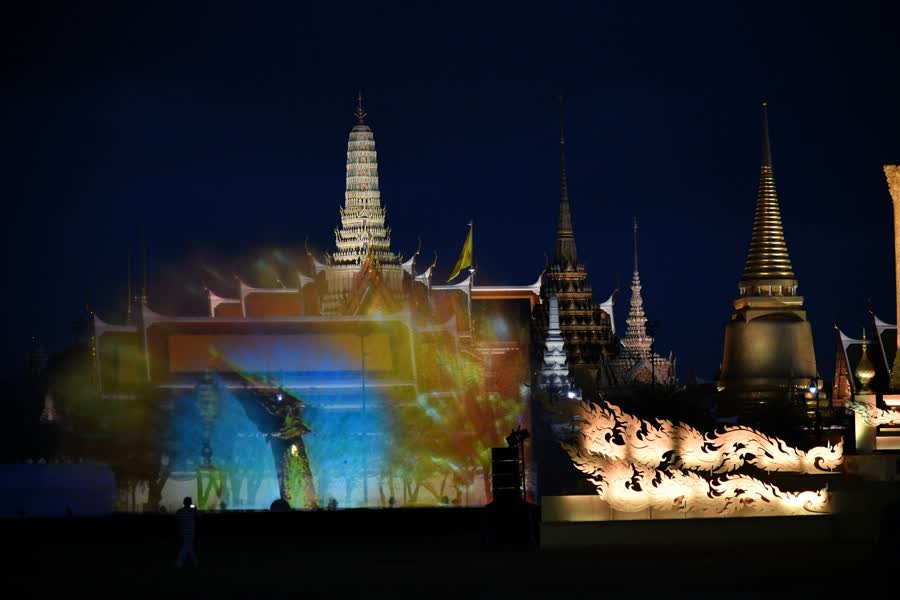 BANGKOK (NNT) - The Ministry of Culture is holding an exhibition on the royal barge procession in Sanam Luang, Bangkok. Among the highlights are royal barge replicas, cultural performances from different regions of Thailand and a spectacular light-and-sound show.

In addition, a group of 100 villagers from Kalasin province performed a traditional dance titled "Father of the Land" at the exhibition.

The event also features shows from all four regions of Thailand. They are presented at 6:30 p.m. every night. On Wednesday, the shows included tribal dances, a chanting of boat songs and a khon masked dance inspired by an excerpt of the Hindu epic, Ramayana.

The exhibition is displayed in three zones. The first zone shows coronations since the Rattanakosin period. The story is told through the combination of archival pictures and Thai traditional wall paintings.

The second zone has a stage for multimedia displays and performances, revealing the Thai people’s pride in being part of this ancient ceremony. The performances on stage are combined with a 40-meter long LED backdrop screen to enhance the beauty of the shows.

The third zone offers information about the royal barges in the Ayutthaya and Rattanakosin eras. This zone features the replicas of the four royal barges.