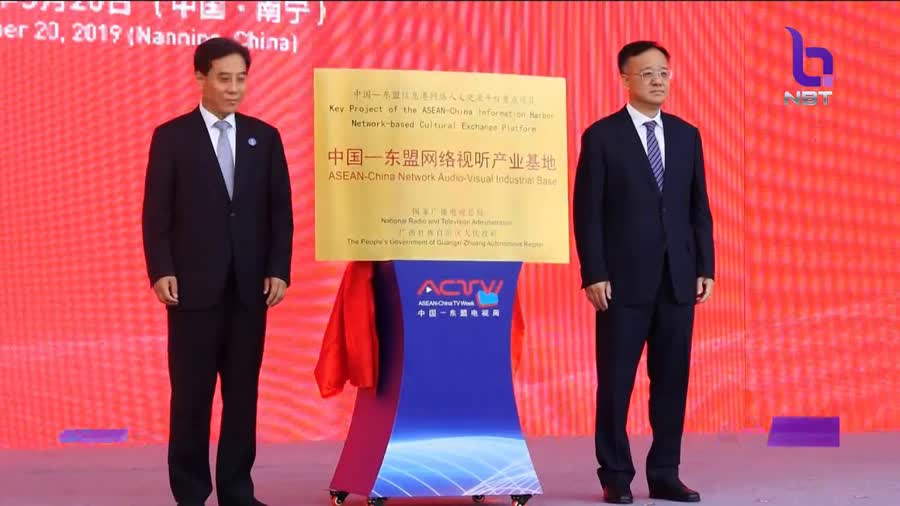 NANNING, 21st September 2019 (NNT) - China has opened the ASEAN-China television and online media center as part of the ASEAN-China Television Week, promoting bilateral media cooperation in a ceremony attended by representatives from ASEAN countries and China.

The ASEAN-China television and online media center or Guangxi New Media Center is constructed on 120,000 square meter land to serve as a hub for media industry in ASEAN and China in content creation, production, product development, business managing, research, and media technology development.

In the opening ceremony, an exhibition on ASEAN-China media relations was featured, showcasing ASEAN-China projects including the ASEAN Friendship concert held in Thailand. Artists from ASEAN and China also performed at this ceremony, while a seminar on radio, television, and new media in China took place with participants from ASEAN and China exchanging their opinions on both sides media relations.

The ASEAN-China Television Week is being held in Nanning, Guangxi province, China, as part of the ASEAN-China Year of Media Exchanges, to serve as a platform for exchanges of media cooperation. The television week is held at the same time with the 16th ASEAN-China expo, which is one of the biggest annual product exposition in Asia, featuring businesses from Thailand selling their products such as food, fashion accessories, and health products.