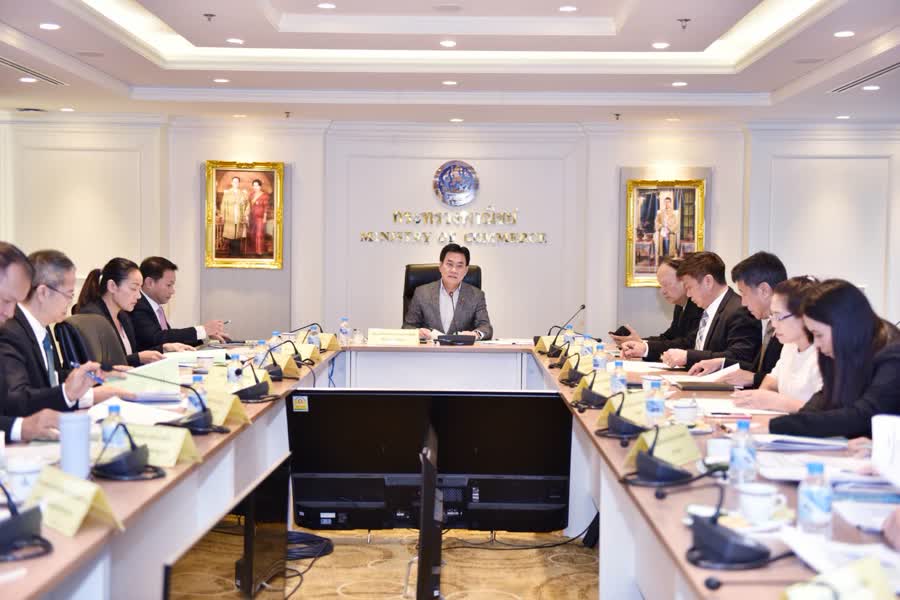 BANGKOK, 21 September 2019 (NNT) - The government recognizes the importance on all groups of farmers and all kinds of plants. Cassava farmers are currently seeing their crops suffer from the cassava mosaic disease (CMD) which can’t be cured. It is necessary therefore, to destroy the CMD-affected cassava plants and tobacco whiteflies to interrupt the outbreak cycle and prevent it from spreading to a new area, and causing more trouble for cassava growers.

Mr. Jurin Laksanawisit, Deputy Prime Minister and Minister of Commerce, attended a meeting of the Tapioca Policy and Administration Committee (TPAC) to consider a project to prevent and eradicate the CMD with a budget of 286 million baht. There will be no age limit on the CMD-infected cassava plants. Farmers must report on the CMD from October 1, 2019, to June 30, 2020 and have registered as tapioca growers with the TPAC from April 1, 2019, to September 30, 2019. The Ministry of Agriculture and Cooperatives has been assigned to consider using the Plant Quarantine Act to declare disease control areas. Officials can destroy cassava plants to prevent the disease from spreading. Farmers will receive a compensation payment of 3,000 baht per rai. The Agriculture and Cooperatives Ministry reports that 45,400 rai of tapioca farms in Thailand were affected by the CMD according to information issued on August 28, 2019. Initially, there are 4,540 farmers whose tapioca farms must be destroyed. However, the compensation payment plan must be presented to the Cabinet again.