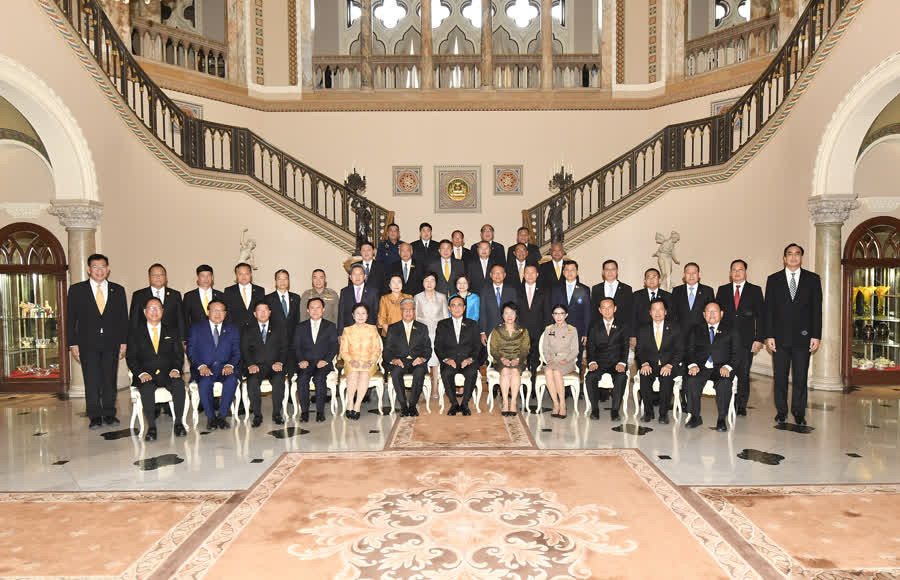 BANGKOK, 20 September 2019 (NNT) - The Prime Minister has stressed the role of government agencies as key connectors facilitating administration. He was speaking at an agency executive meeting.

The Prime Minister and Minister of Defence was presiding at a government agencies’ executive meeting at the ministerial or equivalent level at Government House.

In the meeting, the government emphasized on the roles of ministries or equivalent level agencies to facilitate administration and national development in keeping with government policies, through plans and projects in compliance with the 20-year national strategy, the reformation and integration of operations between agencies, and the solving of public issues. He asked all in attendance to create a good understanding with the general public to prevent the dissemination of misinformation which can cause conflict. The PM said that this was especially important when using social media platforms where information being sent should be clear, compact, and easy to understand.

The Prime Minister thanked agency executives who are retiring this year for their support and work for the government, praising their efforts to promote the achievements of government policies and the Prime Minister’s directives. He urged government officials to be proud to serve His Majesty the King and the citizens of the country, and to have faith in noble causes even when the actions taken are not known by others.

He asked officials to be aware of noble actions they have taken themselves, as noble persons will not be forgotten, adding that he is willing to take suggestions in order to proceed as appropriate, and wishes all senior officials a happy and healthy life after retirement with their families, while passing on their knowledge and wisdom to their subordinates and young people in general, in order to help advance the country towards its goals.