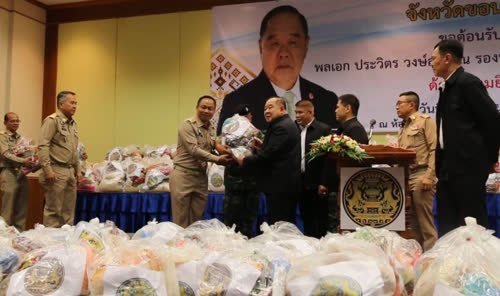 General Prawit expressed his concerns over the well-being of residents in the province, as Podul left the Kingdom with several instances of heavy flooding in districts of Khon Kaen.

He assured the local people that the government is working around the clock to provide assistance to storm victims, while instructing officials to quickly expedite help, especially in rebuilding and repairing homes, and restoring public utilities.

The governor went on to say that the storm also caused flash floods in at least seven residential areas. Authorities in the province immediately dispatched teams to provide initial assistance, shortly after the disaster.

General Prawit later met with residents of the province to give them moral support before returning to the capital.