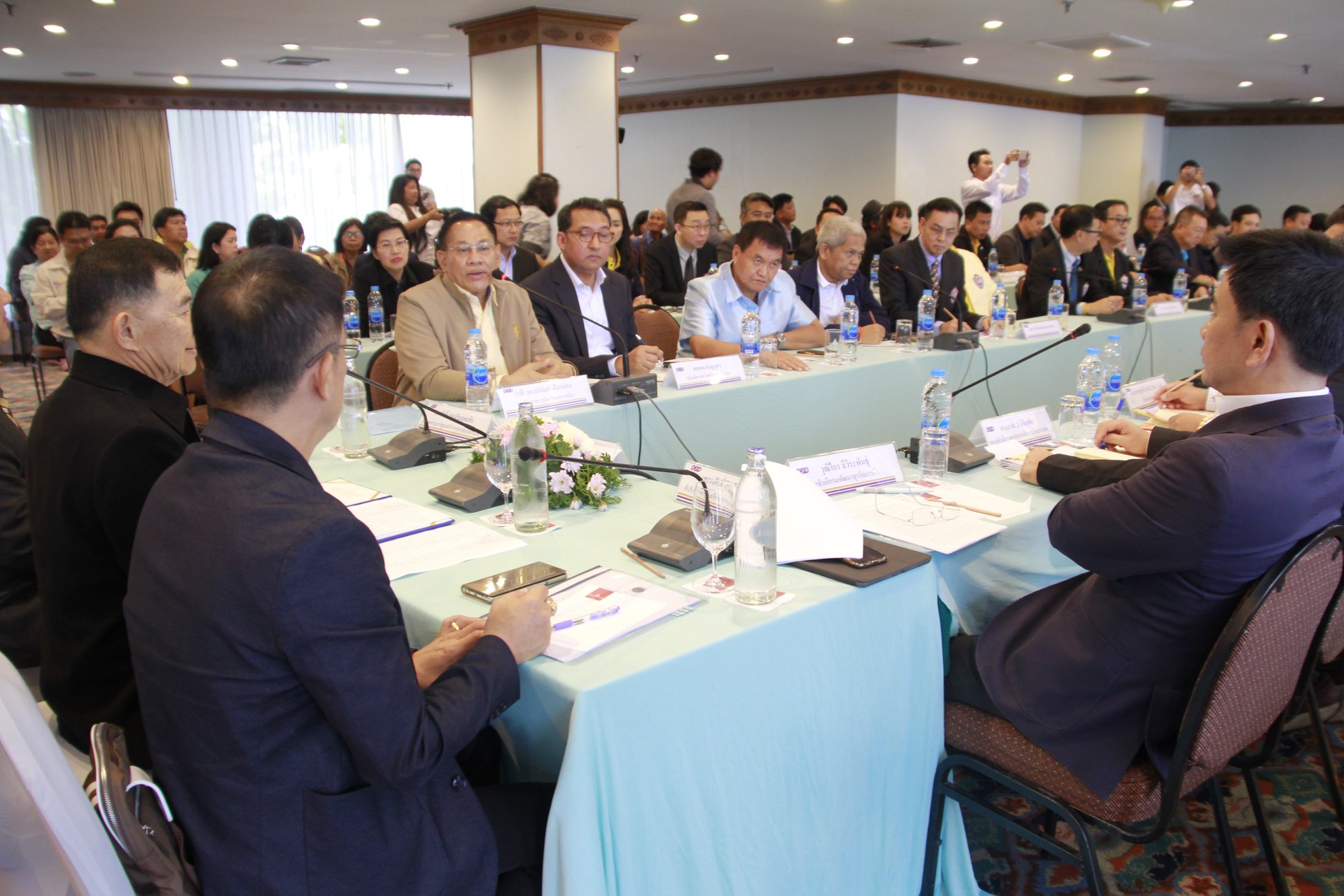 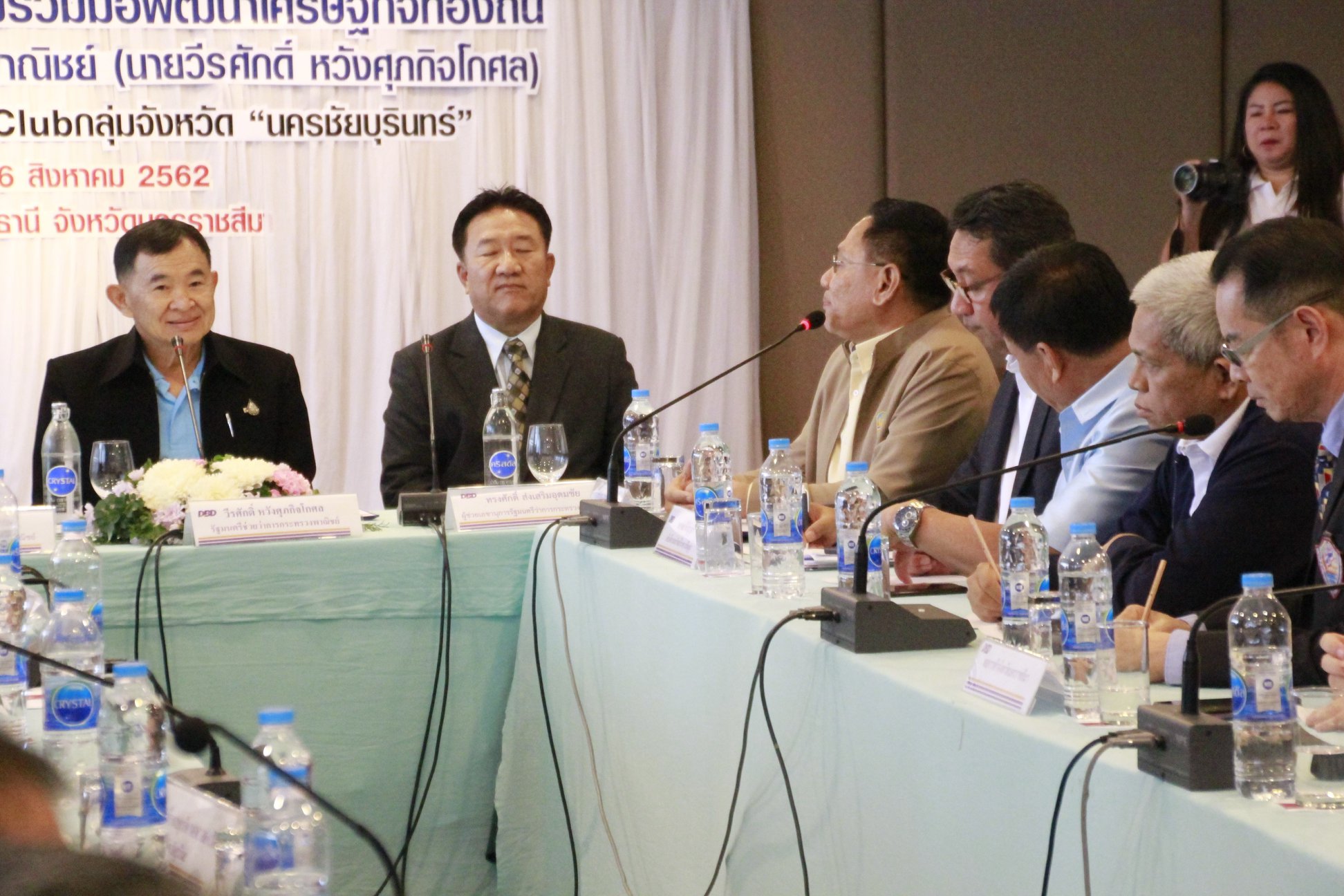 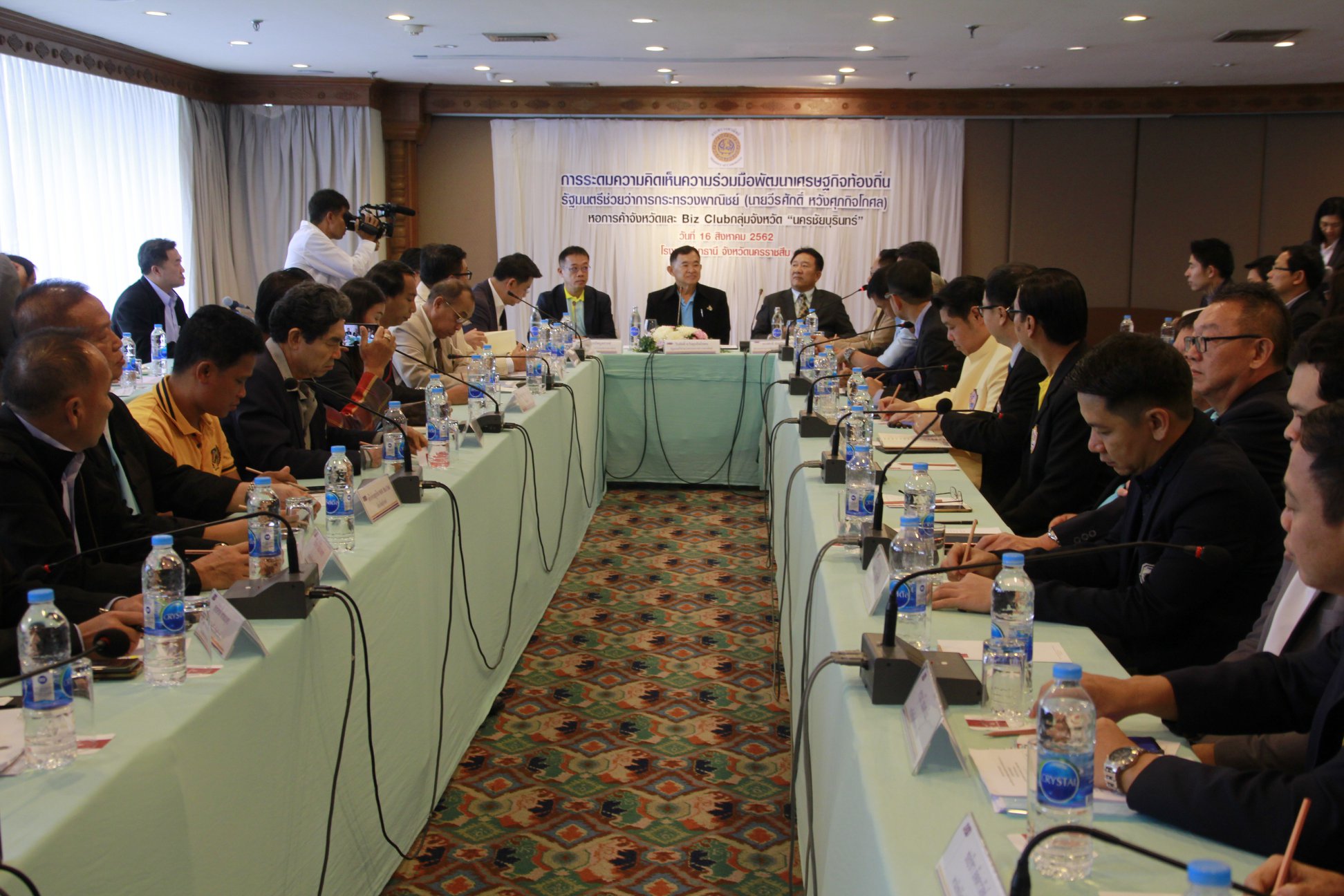 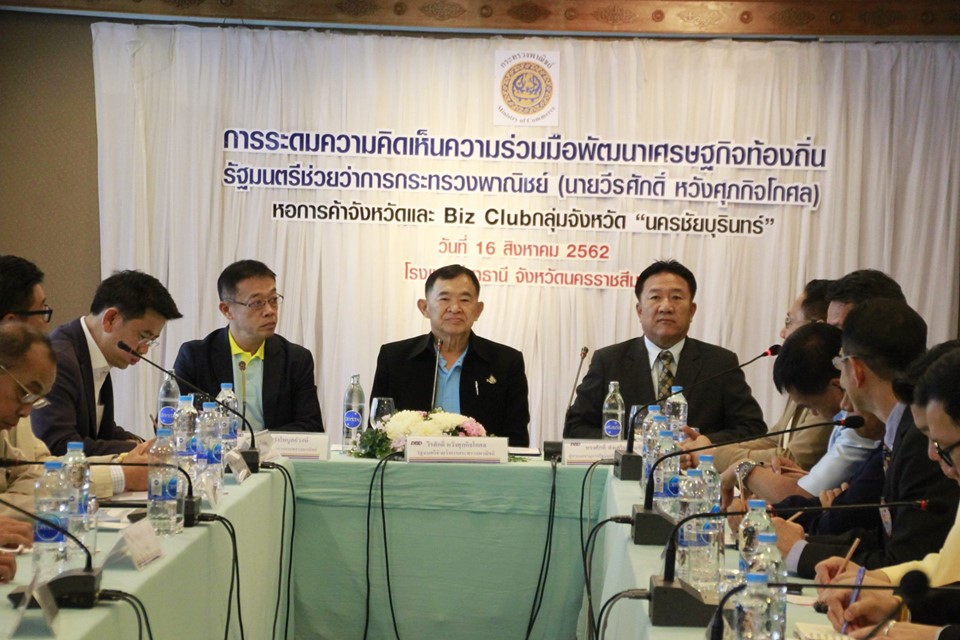 NAKHON RATCHASIMA, 17th August 2019 (NNT) - The government is pursuing a policy to invigorate the national economy and upgrade the people’s quality of life, towards prosperity, stability and sustainability. It is called the BCG economic model with which many people might not be familiar. B stands for bio-economy with a focus on an effective use of natural resources such as the processing of farm products. C stands for circular economy with a focus on the optimum recycling use of materials such as molasses as an alternative to foam vessels. G stands for the green economy which reduces world pollution on a sustainable basis such as by installing solar cells and accessing alternative energy.

Deputy Commerce Minister Veerask Wangsuphakitkosol held a meeting with officials on the trade and economic development issue and the steering of the BCG economic model for Nakhon Chai Burin provincial group, including Nakhon Ratchasima, Chaiyaphum, Buri Ram and Surin. In accordance with the BCG economic model, shophouses will be renovated as Smart stores and franchising businesses, and an OTOP Select campaign will be promoted. Meanwhile, a Silk Road will be built, so that famous tourist spots in the four provinces are connected, while every convenience will be provided for Thai and foreign visitors. Geographical indications (GI) for indigenous products will be registered, alongside negotiations for the opening of international markets.

Meanwhile, a meeting of the Joint Trade Committee will soon be held with partner countries such as Cambodia and Laos to augment the value of Thai goods in cross-border trade and in world markets.

Provincial Chambers of Commerce and Biz Club which is a link between the public and private sectors, will provide support for the BCG economic model to increase the value of natural resources and appeal of tourist spots, as well as promote the indigenous, distinctive wisdom that sustains those provinces.