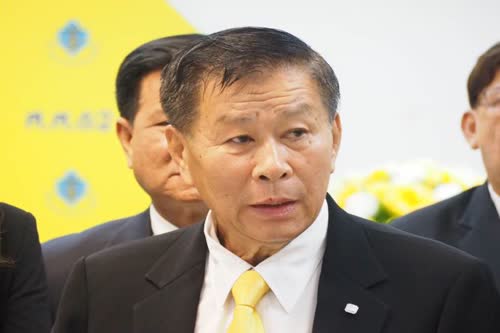 BANGKOK, 27 June 2019(NNT) - The Thai Liberal Party leader, Pol. Gen. Sereepisuth Temeeyaves, has insisted that his political party had no involvement in the illicit drug trade allegedly engaged in by one of its former MP candidates who was apprehended on June 15, 2019, after police seized a shipping container bound for the Philippines containing over 985 kilograms of methamphetamine.

The discovery took place in Si Racha district of Chon Bburi province and resulted in the arrest of an additional four people, two of Thai nationality and two from China. One of the Thais arrested was Suban Mahachananonta, formerly an MP candidate for the Thai Liberal Party.

The deputy national police chief, Pol. Gen. Chalermkiat Srivorakarn, explained today that officers had cooperated with customs officials to carry out an investigation that led them to the container and Suban. The politician operates a used car business based in Chiang Mai that regularly exports products to China. It is suspected that Suban used the infrastructure of his company to smuggle methamphetamine out of Thailand. The meth found in the container was valued at about two billion baht. Further investigations are underway to intercept more suspects.

Mr. Suban has denied the accusations against him and stated he was unaware of the drugs in the container. Police nevertheless say they have evidence tying him to the drugs and have detained him for the time being.

Pol. Gen. Seripisuth meanwhile, voiced confidence that the case won’t tarnish his party’s name, assuring the public it is an issue involving just one person. He admitted that due to the large number of candidates running in the recent election, the party was unable to properly vet all candidates for any involvement in criminal activity.