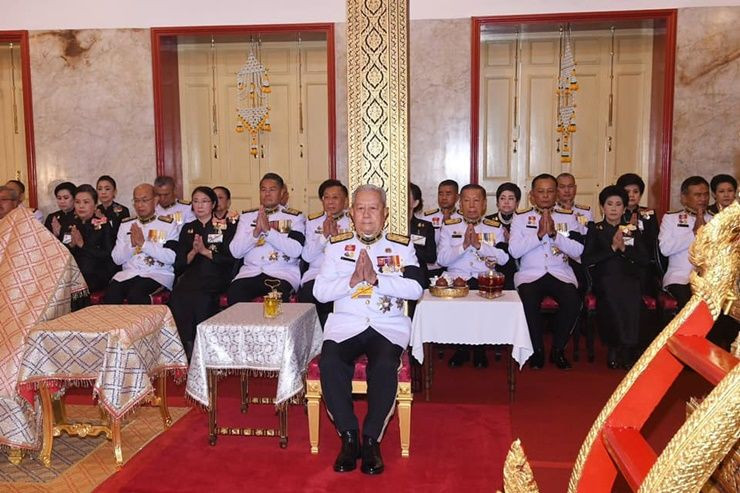 His Majesty the King graciously assigned Gen. Surayud to represent him in attending the merit-making ceremony for the seven-day funeral of Gen. Prem at Benchamabophit temple in Bangkok. On this occasion, Gen. Surayud offered food to 10 Buddhist monks.

Gen. Prem, the late Statesman and President of the Privy Council, died of heart failure at Phramongkutklao Hospital on May 26, 2019 at 9.09 a.m. He was 99 years old. Gen. Prem had shown commitment and loyalty throughout the reigns of His Majesty the King and His Majesty King Bhumibol Adulyadej the Great. He served as the Commander-in-Chief of the Royal Thai Army, the Prime Minister, the Privy Councilor, the Statesman, and the Privy Council President.