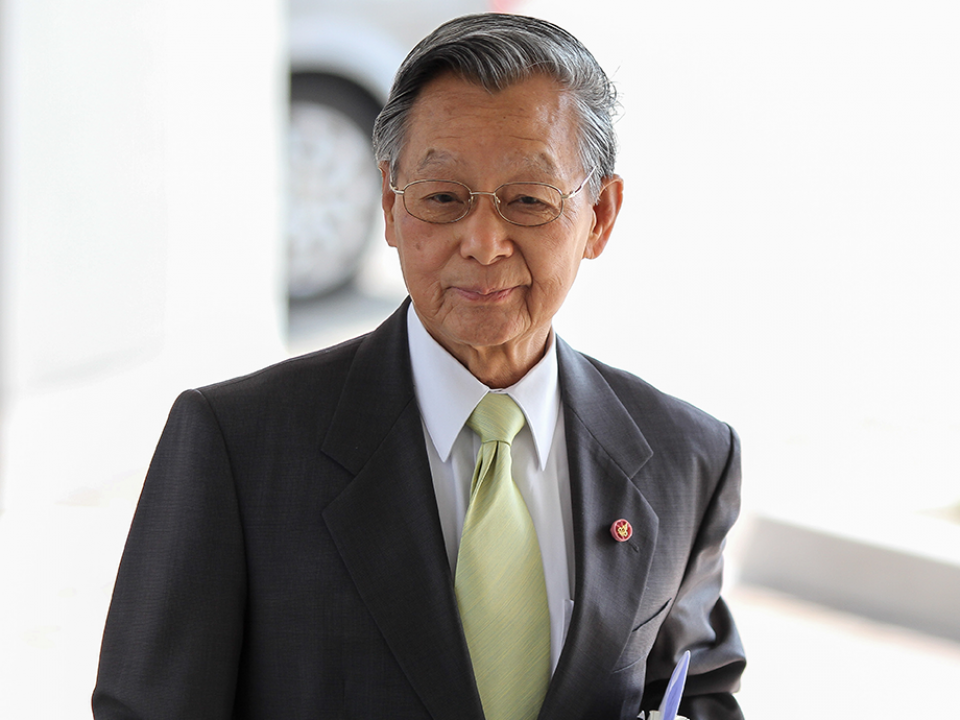 The House convened yesterday to elect the House Speaker and deputies. The meeting took about nine hours.

On this occasion, a 91-year-old MP from the Bhumjaithai Party, Chai Chidchob, was the acting House Speaker. The Future Forward Party leader, Thanathorn Juangroongruangkit, was sworn in but ceased his duties as an MP, after the Constitutional Court ordered him to stop performing his legislative duties until the court delivers a ruling on his media shareholding case. Mr. Thanathorn left the meeting and was not involved in a vote to choose the House Speaker and deputies.

After the meeting went on for two hours, the candidates’ names had yet to be announced after some MPs called for a delay in the vote. The acting House Speaker put the delay decision to a vote, and the House of Representatives voted 248 to 246 not to postpone the election.

After the casting of secret ballots, Democrat nominee Chuan secured 258 votes to 235 for Pheu Thai nominee Sompong. As a result, Mr. Chuan has been chosen as the Speaker of the House of Representatives.

Mr. Chuan, who is a former prime minister, said he would like to thank everyone who voted for him. The Democrat member said he never thought that he will become the House Speaker but it is necessary for members of the public to have access to the legislative institution. He said the country never had a parliament coming from an election in the past five years.

Mr. Chuan said he was not concerned about the future situation but urged all legislators to cooperate to boost people’s confidence. He added that this is where the people relay their problems and seek assistance, and the parliament is responsible for sending the information to the administrative sector. At the same time, the administrative sector is responsible to use the parliament to forward its information to the people.