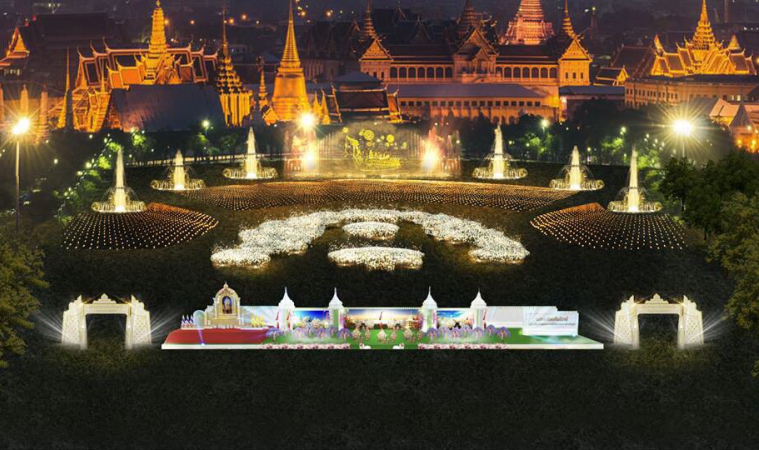 BANGKOK, 14 May 2019 (NNT) - Some of the highlights of the show include the traditional Lantern Dance and the Khon masked dance, based on the Ramayana epic. The series of performances will be held from May 22 to 28, 2019, at Sanam Luang in Bangkok and designated venues in 76 provinces as a symbol of gratitude and loyalty to His Majesty the King.

Besides the Lantern Dance and the Khon masked dance, there will be Thai and international musical performances, such as a folk concert to honor His Majesty the King, a theatrical play, a dance performance, and shows performed by artists from 10 countries. Over 5,000 artists from across the country will take part in the opening ceremony of this event at 6:30 p.m. on May 22. The ceremony will be broadcast live on the National Broadcasting Services of Thailand (NBT), MCOT HD Channel 9, and the Thai Global Network (TGN), which provides broadcasting to 170 countries worldwide.

Another highlight is the spectacular light-and-sound show in honor of His Majesty the King. Covering an area of 2,000 square meters, the show will focus on the beauty of the Chao Phraya River and the Suphannahong Royal Barge, using special effects, such as water curtains, a 40-meter fountain, and over 10,000 sets of LED lights. The series of performances will also take place in other provinces of Thailand.

People who plan to watch the performances at Sanam Luang are advised to wear polite clothes with a yellow tone. They can register at booths near the Supreme Court and Thammasat University, starting from 4 p.m. onwards.