Biometrics system to be used to scan travellers 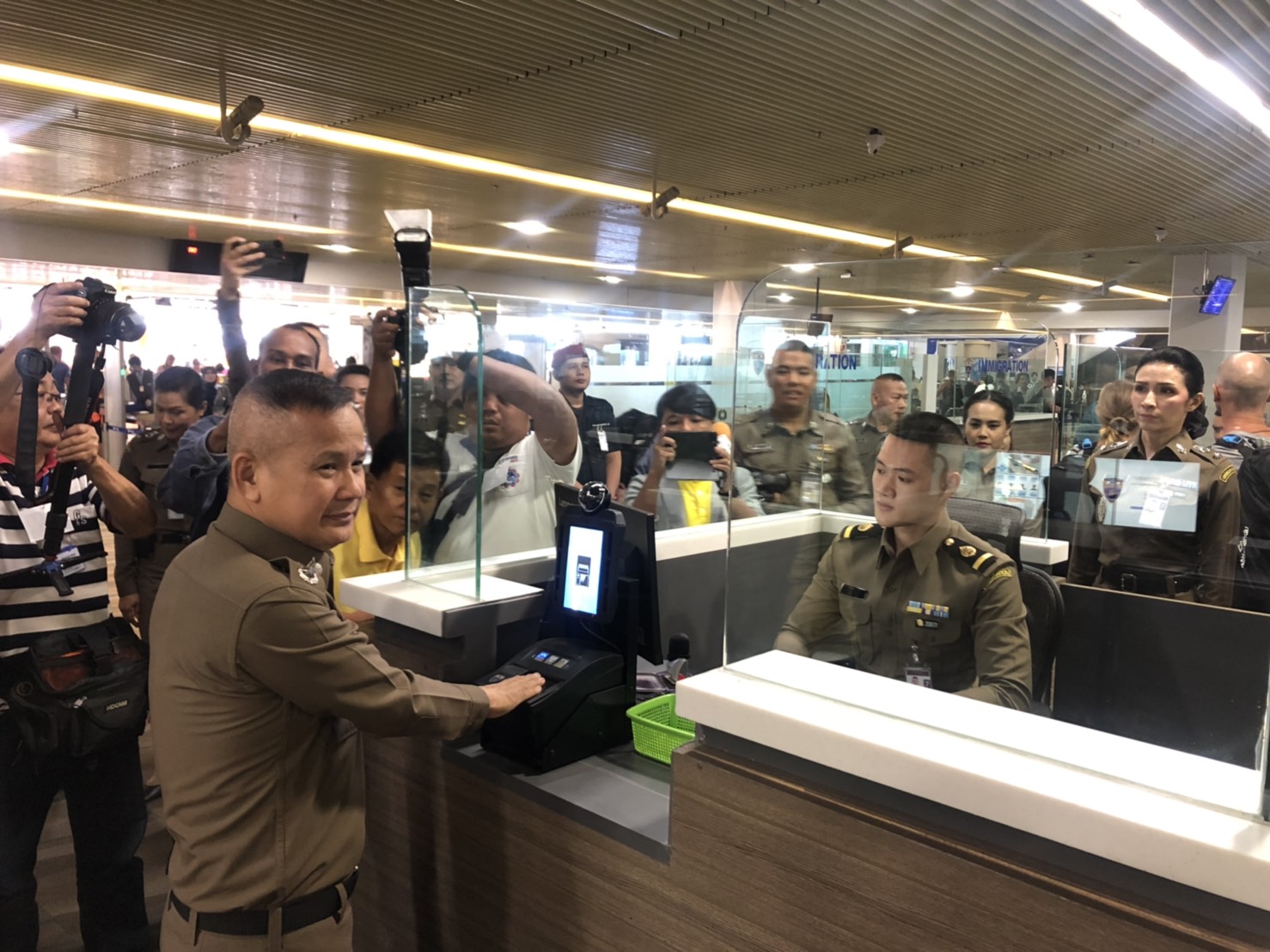 PHUKET, 10 May 2019 (NNT) - The biometrics system, a machine for facial and fingerprint identification, is being introduced to enhance immigration checkpoints nationwide.

Biometrics is a device used worldwide to scan persons coming into or going out of the country on land, sea and air, esepcially regarding suspected facelifted transnational criminals and passport forgery.

Pol. Lt. Gen. Tinaphat Phumarin, the commander of the National Police’s Quartermaster Division in capacity as head of the Biometrics Project led a delegation of relevant agencies to Phuket airport’s immigration unit to see the biometrics device which is replacing an old individual scanning system.

The biometrics device can scan any facelifted suspects and fingerprints which cannot be changed, thus raising the confidence of travelers in the airport’s safety measures. The installation of the biometrics device has been 70% completed and the device which was earlier scheduled to be operable on May 2 and extended for a month, is to be 100% operable on July 1. Failing to meet such schedule, the firm which is installing the device will be liable to more than four million baht in fine daily.

With a 2.1 billion baht budget, the project is designed to install 2,000 biometrics devices at 170 spots on land, sea and air throughout the country. In Phuket, the biometric devices will be installed at the airport, piers, immigration units and provincial police investigating office. A total of 76 biometric devices will be installed at Phuket airport’s arrival terminal and international departure terminal. Thailand is the fifth ASEAN state which has applied the biometric system.