UTCC: Over 54 billion baht to be spent on new school term 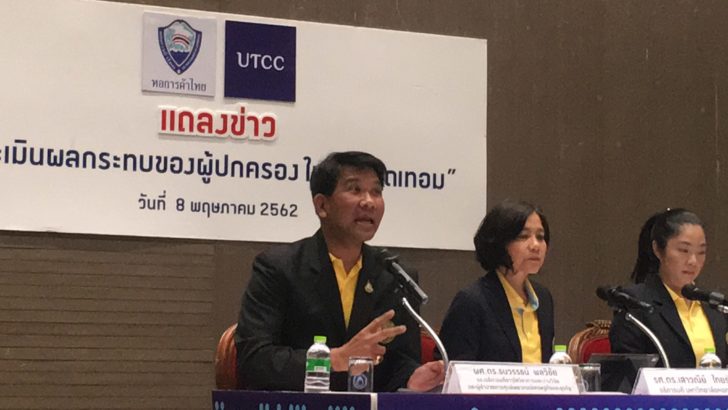 BANGKOK, 9 May 2019 (NNT) - The University of the Thai Chamber of Commerce (UTCC) estimates cash flow of over 50 billion baht for the new school term, the highest amount in the past six years due to economic recovery, sufficient savings and the government’s economic stimulus measures.

UTCC’s Center for Economic and Business Forecasting Director, Thanawat Phonwichai, today disclosed the results of the survey of parents’ impact assessment in preparing for the new school term, from a sample group of respondents across the country. It was found that the spending of 23.9 percent of parents of students at an undergraduate level and first-year university students has increased during the new school term compared to the previous year. The average expense is 18,299 baht due to increased prices of textbooks, school uniforms, student shoes, tuition fees and school maintenance fees. It is expected that spending during this new school term will be 54.97 billion baht, expanding by 5.2 percent compared to the previous year, and the highest in six years.

It was also found that there are additional expenses to allow their children to study in a good educational institution and tutoring fees. They want the government to help them with reasonable tuition fees and equal quality of educational institutions throughout the country. Parents also want to see the inclusion of a foreign language and technology subjects in curriculum at all levels.