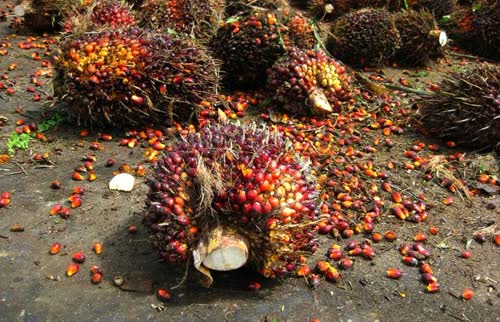 The Ministry of Commerce has stressed the government’s efforts to solve low pricing of oil palm kernels, bringing forward measures over the next two months to bring down the stock volume to a normal level.

The Department of Internal Trade Director General, Wichai Phochanakij revealed today the government has been working to resolve the low oil palm kernel pricing faced by farmers, with the Ministry of Commerce proposing palm oil stock rebalancing measures which were approved by the National Palm Oil Policy Committee on 1st November 2018, and later proposed to the Cabinet on 20th November 2018 to expedite the use of 160,000 tons of palm oil in stock for electricity generation at Bang Pakong power plant, promoting consumption in the energy sector, and re-balancing palm supply and demand in the country.

One of the factors leading to poor palm oil pricing is the warm climate causing palm fruit to become ripe prematurely, leading farmers to sell the produce to oil extractors resulting in higher costs and lower yields, while many farmers are speeding up the harvest at their farms to find money for tuition fees for their children as the new school term approaches.

The decision by the European Union to cancel the use of palm oil as a biofuel ingredient, and the increase in import tax by India which is the world’s largest palm oil importer also affected the pricing.

The Department of Internal Trade has been accepting registrations from crude palm oil producers to supply the Electricity Generating Authority for electricity generation from 2nd January to 1st March 2019. The campaign has reached the 160,000 tons goal. The EGAT has so far received 152,000 tons of palm oil, with 8,000 remaining to be shipped this month.

The department is also promoting the use of B20 biodiesel at 20 million liters daily. Related agencies are now working to issue B20 certifications for compatible car engines, encouraging manufacturers to produce more models compatible with B20, and providing a discount on B20 sales to be 5 baht per liter less than diesel oil, and providing tax discounts for biodiesel vehicles. These measures are expected to create more than 1,270,000 liters of palm oil consumption annually.

The DIT director general added that these measures will help bring down in-stock palm oil from 370,000 tons to a normal margin over the next two months, which will help stabilize the prices farmers receive in the future.