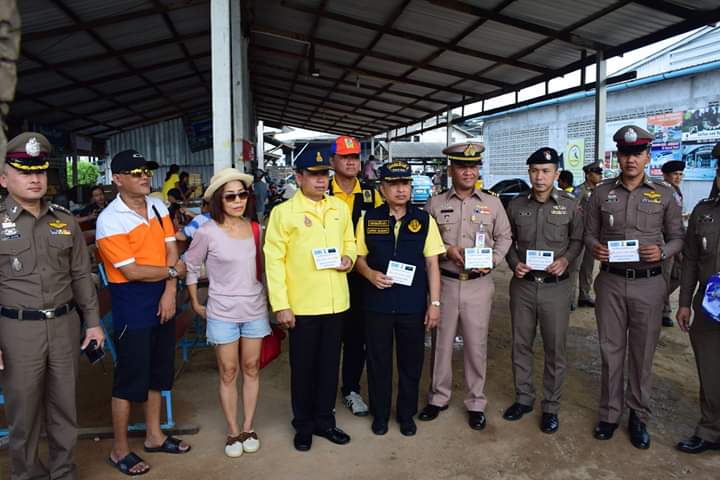 BANGKOK, 13 April 2019 (NNT) - Provinces nationwide have rolled out measures to ensure safety and to facilitate road users during the Songkran festival.

In Yasothon, the Provincial Office of Public Health has prepared to provide timely assistance to patients and victims of road accidents during this period. Moreover, officials from every district hospital and subdistrict health promotion hospital have been dispatched to the service points, along with officials from local administrative organizations and district offices.

In Ranong, the province has instructed officials at the Koh Phayam and the Tai Khaek piers to facilitate and maintain safety for tourists visiting the islands. Passenger boat operators have been asked to follow rules strictly, especially the wearing of life jackets while on a boat.

In Khon Kaen, police officers are managing the traffic on Mittraphap. They also distributed 500 meal boxes, which include 1000-year stir-fried noodle and drinking water, to road users so that they can eat while traveling.

In Nong Khai, a large number of Lao migrant workers traveled by train to Nong Khai Railway Station, which is near the border checkpoint of the 1st Thai-Lao Friendship Bridge, to return to celebrate the Songkran festival in their hometown and the Thai government has waived both inbound and outbound travel fees.

At the Aranyaprathet Border Checkpoint, many Cambodian migrant workers are queuing up to have their documents checked before they can return to their homes. Sa Kaeo Provincial Office of Immigration has increased the number of document inspection channels to speed up the process. It has also asked military officers to help maintain safety after a rumor that a group of human trafficking criminals in Poipet will drive private cars across the border to pick up Cambodian workers without going through the checkpoint.